A LOT OF DEMOS

VERY EASY TO USE

The Valley of Peace

1945-2015: 70 years after the end of the World War II, the duty of memory and the idyllic setting of the Tratterbach valley invites you to a moment of reflection. The monument was created with the participation of Arcelor Mittal, Ministry of Tourism.

Why a Valley of Peace?

This intense commemorative period brings allows us to remember the horrors of the past sends a message of peace and hope to future generations.

Some great men in the post-war years developed the economic collaboration between the former belligerents in order to put an end to any combat. With the creation of the coal and steel community (CECA), Jean Monnet, Robert Schuman Alcide de Gasperi, Joseph Bech and Konrad Adenauer laid the foundation for economic, social, and political collaboration. The European Union was born against a background of war to ensure lasting peace.

– The origins of the European Union with the CECA

– The objectives of the European Union

– The Battle of the Bulge

– The Treaty of the Elysée

– The European Union in figures

We use cookies on our website to give you the most relevant experience by remembering your preferences and repeat visits. By clicking “Accept”, you consent to the use of all the cookies.
Cookie SettingsAccept
Manage consent

This website uses cookies to improve your experience while you navigate through the website. Out of these, the cookies that are categorized as necessary are stored on your browser as they are essential for the working of basic functionalities of the website. We also use third-party cookies that help us analyze and understand how you use this website. These cookies will be stored in your browser only with your consent. You also have the option to opt-out of these cookies. But opting out of some of these cookies may affect your browsing experience.
Necessary Always Enabled
Necessary cookies are absolutely essential for the website to function properly. These cookies ensure basic functionalities and security features of the website, anonymously.
Functional
Functional cookies help to perform certain functionalities like sharing the content of the website on social media platforms, collect feedbacks, and other third-party features.
Performance
Performance cookies are used to understand and analyze the key performance indexes of the website which helps in delivering a better user experience for the visitors.
Analytics
Analytical cookies are used to understand how visitors interact with the website. These cookies help provide information on metrics the number of visitors, bounce rate, traffic source, etc.
Advertisement
Advertisement cookies are used to provide visitors with relevant ads and marketing campaigns. These cookies track visitors across websites and collect information to provide customized ads.
Others
Other uncategorized cookies are those that are being analyzed and have not been classified into a category as yet.
SAVE & ACCEPT

Dear guests, we have special offers for you

to enjoy the holiday season at our hotels. 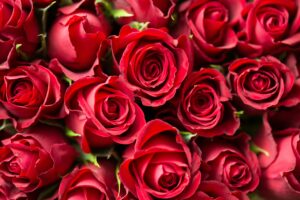